Many people extol the virtues of a good sports massage for a number of reasons – stress reduction, injury prevention,  recovery,  reducing muscle soreness and improving movement – but does the evidence support this? In short, yes and no. There are a number of positive studies and also those showing no effects, although most of the studies undertaken have some flaws.

In this blog, we will look at each of the proposed benefits of massage and briefly discuss the evidence available to determine the usefulness of massage.

Effect on stress, mood and anxiety

This is one area where almost complete consensus exists, massage makes you feel better! A number of studies have shown that massage can relieve anxiety and increase feelings of relaxation. Weinberg et al. (1988), Hemmings (2000) & Cowen et al. (2006) have all shown that massage reduces tension, fatigue, anxiety & depression whilst improving mood. This is supported by Leivadi et al. (1999) who found that anxiety levels and cortisol levels both decreased following a period of regular massages. Zeitlin et al. (2000) also showed that massage can reduce anxiety before an academic examination whilst Szabo et al. (2008) found that massage pre-training was beneficial for reducing the perceived effort of participants in their subsequent activities. Massage can also result in the release of endorphins, otherwise known as the ‘happy hormone’ (Kaada & Torsteinbo, 1989).

DOMS is a common problem for those who are new to training or have increased their training intensity and/or volume. DOMS causes significant pain and reduces an individuals capacity to function. Massage is commonly used to help alleviate DOMS with significant reductions in soreness reported in several studies (Farr et al., 2002; Hilbert et al. 2003; Zainuddin et al., 2005; Bakowski et al., 2008). It appears that the most effective time to have a massage to reduce the likelihood of DOMS is 2 hours post-activity. Whilst massage doesn’t help to prevent loss of strength and function post-activity, a massage at any time point is likely to reduce the feelings of soreness being experienced which is always positive!

Many athletes will tell you that having regular massages is a large part of their success. The evidence to support this is lacking however, with active recovery being shown to be more beneficial than massage. That being said, the power of placebo is huge and may account for the consistently positive reports around massage.

Effects on Range of Motion (ROM)

Reduced ROM can influence movement, performance and possibly injury risk, therefore having adequate ROM for function is vital. There are several mechanisms available to increase ROM, including massage, stretching and foam rolling. However, static stretching may impair force production and may make tendons more compliant (which isn’t a good thing if you have a tendon problem!). Foam rolling clearly has some positive effects (to be dicussed in another blog) but it cannot replicate the positive mental effects of massage.

Massage has been shown to improve ROM in almost all areas of the body. Two systematic reviews have shown that massage can increase ROM at the shoulder (van den Dolder, 2003; Young-Ran, 2017), whilst Sefton et al. (2011) found increases in neck ROM following a massage intervention. Several studies have found increased ROM in the hamstrings (Hopper et al., 2005; Arabaci, 2008; Arazi et al., 2012) and the ankle (Wiktorsson-Moller et al., 1983).

Unfortunately, it is almost impossible to study the effect of massage on injury prevention due to the number of factors that can influence injury itself (training, age, previous injuries, strength, etc). However, there is evidence that massage can improve immune system function (Rapaport et al., 2012), reducing the likelihood of illness.

Having worked as part of a medical department who administered regular massages to all players I have seen first hand the beneficial effect it can have. In fact, the team had one of the lowest injury rates in the Premier League for several seasons. One of the benefits of regular massage is the ability of skilled massage therapists to detect specific issues and highlight them for further treatment or intervention. It is also an opportunity for players to discuss how they are feeling and report minor niggles that may prevent them from becoming a full-blown injury. This is one of the reasons we encourage all players at the rugby to get regular massages from our student therapists.

Overall, the evidence suggests that there will be no negative effects of having a massage and the positive effects on mood, relaxation and muscle soreness are certainly helpful. So should you have a sports massage to help with your health, wellbeing and performance? Definitely, with one caveat…it is from a suitably qualified practitioner who understands your needs. 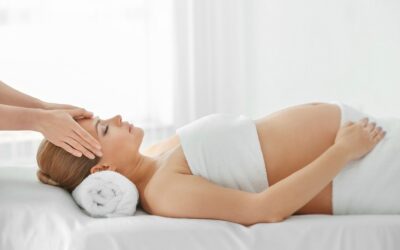 Why Every Mum-to-Be Should Have Pregnancy Massage

What is Pregnancy Massage? Pregnancy massage is like a normal massage in that it is a hands-on therapy that works on the soft tissues of the...